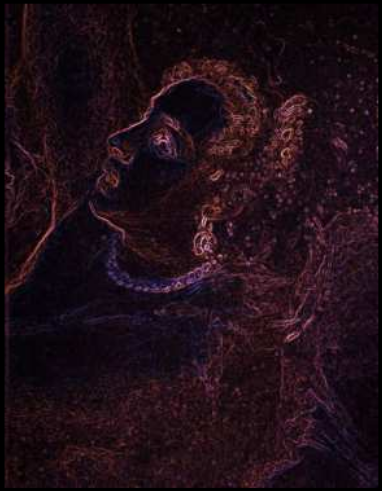 The masters under study, shared the concern to propagate a style and to brand it with an intensive flow of multiple originals qualified often as versions. The relentless production of the workshops have propelled a hefty amount of images ready to order, which have fed many speculations among scholars as to the degree of involvement of the workshop that is to be expected and its deciphering.

The workshops were managed as centers of production meant to duplicate, multiply, and widely spread iconic themes. The democratic use of canvas and the adjustment of format for paintings increased the propagation of multiple originals.

Titian for instance, experienced such a fame, that he was compelled to prioritize his clients as the production of originals proved to be inadequate. To sustain the incremental demand for a successful theme, he presented versions of the workshop as originals. Making the distinction between an original and a version of the workshop soon proved to be a delicate task for collectors.

His modus operandi consisted in picking in his repertoire of best works, in order to enable the workshop to produce a version, when ever needed or requested. Roger de Piles the painter, philosopher and art critic, mentions in 1699, that it was rare that a master did not repeat (he uses the word repetition) one of his work; he adds that Titian "repeated" with brio the same composition seven or eight times, as one performs a successful comedy.

Versions are classified in our essay, in four main attributions:

1. the matrix version : attributed to the master by a consensus of scholars and considered autograph
2. the autograph version(s) - standard model : they are invented later by the master. he reinvents the theme with the same figures of the preceding version.
3. the versions of a same theme :
when the variants observed do not reach more than a quarter of the composition. The versions of Venus with mirror by Titian show that the number of figures can be increased or diminished. The versions of Tarquin & Lucrecia by Titian (Bordeaux and Cambridge Museums) are produced simultaneously with variants being transfered partially from one version to the other with transformations (rotations mainly).
4. the replicas of the workshop : they define a specialty of the workshop. the challenge is to assess when a version can be considered as a replica and not an autograph version.

Scholars opinions have provided guidance as our selection of versions could not be all inclusive, given the magnitude of multiple originals. Their interrogations and convictions have drained other interrogations as we proceeded with our analysis. One certitude never relinquished : the production of multiple originals provoked bullish and bold creativeness which was deep seated on the insight of geometry and its herd of numbers.

Numbers do define spatial dimensions, regardless of the fact that these dimensions remain visible or hidden from our view, whether they appear void or full of matter; numbers rule the core of a metric system that divides dimensions into elementary geometric shapes or forms. Based on this assumption, we expect a given version of a painted original, to bear its own dimensions, both discernible and concealed. Hence, our search for unraveling the geometry responsible for a given layout of an original and the following versions. The geometric location search and find modeling practice, consists in a visual observation of basic transformations: rotations, reflections, translations of shapes. These transformations are the trigger, used for producing multiple originals from a first original.

The tracings revealed by museums ongoing research, show accurately the gaps between versions, but do not disclose the original matrix. The tracing comes with secondary lines that blur the reading. Such tracings however, exacerbate the gaps between versions, but fail to denounce the density of a shape. We therefore focused on producing tracings that would enable the eye to follow up the mutations and oscillations of the line, whatever direction it chose to take. By combining black & white tracings with color tracings, together with the usage of color filters, in order to produce what a flat and monochromatic line does not always reveal. Hence, the tracing becomes an introspective tool stretching the naked eye' scope of recording, by exposing clearly, volumetric shapes.

We managed to root out the form and metamorphosis of the line, whilst revealing its pulse. A tracing is not an under layer drawing. However, it may coincide with the under layer preparatory drawing that the naked eye neither sees nor imagines. The tracing provides data on the layout and the key parts of the layout. The mutual silent or loud interactions of the elements and the density of forms together with their given proportions, are transcribed into elementary geometry : rectangles, squares, circles and ellipses. It displays the insertion process of identical or similar figures within a different spatial surrounding, with a brand new format whilst preserving a certain degree of likeness and congruency with the original or standard model.

Based on such observation , comes a first analysis of the line with its basic shape, and its discrepancies, recorded as - strong- medium- weak - together with 12 main degrees of appreciation for the line and its given shape : smooth, subtle, firm, nervous, split, streaked, fragmented, fluid, dense, salient, dissolved and 12 for the oppositions were applied; these observations are thus modeled into a graph which usage is well known among statisticians. The oppositions are spotted in a given layout around a main axis with the line versus color. Oppositions are recorded around this main axis such as : smooth, homogeneous, consistent, light, space saturation as opposed to void, shadow, cleavage, disturbance, thickness (of layers). The recording of smooth mirrors thickness, as homogeneous mirrors cleavage and disturbance.

The strong headings of the line and its shape, hosted in a given version versus another, are enhanced from there. The analysis of the tracings as well as the geometry analysis table, request to be read as a two-feature diptych: one tool recognizes the relevance of the data provided by the first tool (before adding a third tool with the compass dials). Proportions with transformations and displacements are recorded as a topographic account.

The toolbox will record four stages:

•   A consistency of style with recurrences and cohesive elements
•   Junctions/transitions, disruptions, collisions, new directions
•   A shift - a slight change in direction, or tendency- is detected and isolated.
•   A clean cut cleavage / breach of style.

Titian soon after 1555, made both an intensive use of thick layers, with areas brushed briefly in thin layers. it is therefore possible on the same version to find a shift of style with or without transitions.

In 2010, parameters were kept unchanged for all masters; they were basically defining the line or shades in order to focus on the vibration of the line itself which we mentioned above as a pulse. We had somewhat the preconceived idea that the data would be collected without any particular link or relevance which proved us wrong; With Da Vinci third version of the "Virgin of the rocks" later on we decided to broaden our parameters as the version had been heavily restored, the toolbox had to take into account, such interference in the reading.

Further interrogations could find answers such as :

•   Is there a significant pulse of the tracing?
•   Can we map different pulse modes (behaviors of the line) with tracings?
•   What is the primary form that the master had in mind? (a tracing implies a geometric form)
•   Is the following equation viable : a tracing equals an emotion ?
•   Is a breach of line :

I. a style marker of a permanent change of direction?
II. an experiment?
III. an evidence of the involvement of the workshop? 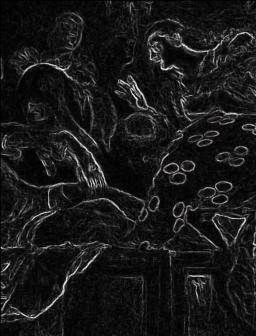 Whether the outline is due to elementary geometric forms or not, we observed a recurring fact :

The geometric forms enhance a central key point. Indeed in Titian's Entombment, we noticed that the Christ 'knees are the benchmark of the composition of the Prado museum.

They are the central focus of the painting and provide balance and significance (sense and relevance) to the composition. The significance is lost in the third version which is a workshop replica.

The crowning of thorns by Titian, shows a central geometric focus on the hands of Christ in both versions of the Louvre and Munich The tracing analysis is validated by geometric forms of the versions. 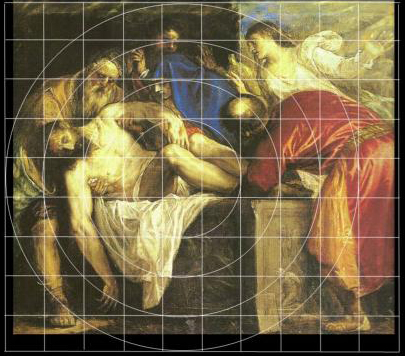 SCALE OF INVOLVEMENT OF THE MASTER AND THE WORKSHOP

•   How do we measure the master intervention from simple guidance?
•   How do we measure the area and scale of the workshop intervention?
•   when was scheduled by the master to involve the workshop?
•   did the workshop get involved before the color layers were applied (therefore at a preliminary stage) ? or simply to finish the work?
•   what are the degrees of quality to be expected or not?
•   is the version : superior, below, or equivalent to the autograph version?

The interrogations required the use of a third tool with the compass dials, in order to compare the journey of a line with the journey of color and the cohabitation of both in a same area and or the same version. And then compared with other versions in a relatively stretchable timeframe of production, so as to assume whether the master was still alive while the version was being commissioned, produced and delivered.

Our coded toolbox showed us the axis of direction for each version studied, together with the gaps and the variation in the chromatic mix.

The coded toolbox has modified our first perception of versions and their usefulness for the historian.

We believed that versions were mere replicas of an original which they are not. Such assumption is far way too simplistic. Versions cannot be analyzed in a fragmented mode with the autograph versions on one side and the replicas of the workshop on the other side; they are multiple originals, either executed under the supervision of the master or executed by the workshop alone but based on the repertoire of figures and postures supplied during the master's lifetime. The wording replica is not to be understood as an inferior quality version. Replicas refers to the duplication process that propagated the style and expertise of a given master and workshop.

In Titian's case, some replicas are considered autograph replicas acknowledging a high level of quality.

The generic wording of multiple originals allows us to consider a production as a whole, presenting various stages of the master's growth process and the different levels of contribution of a workshop. 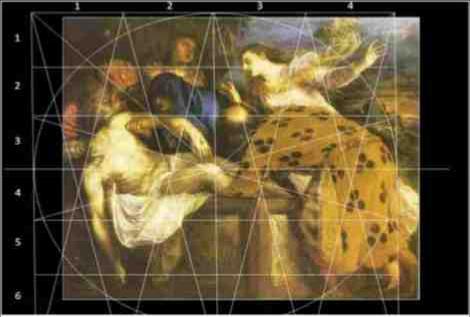 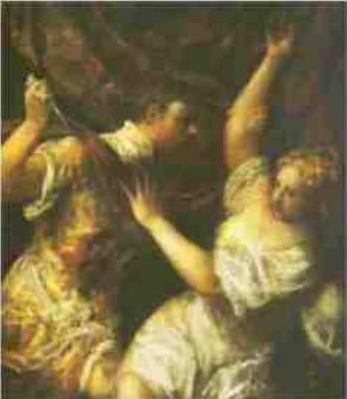 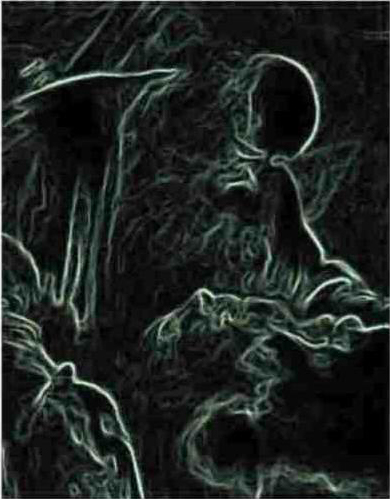 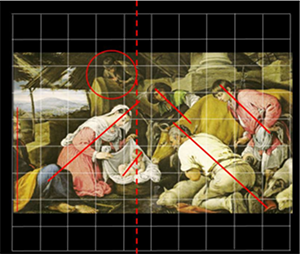 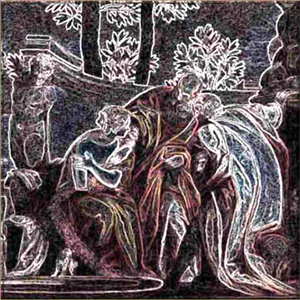 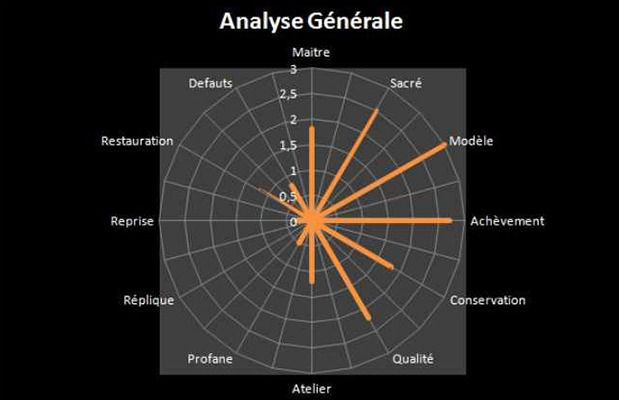 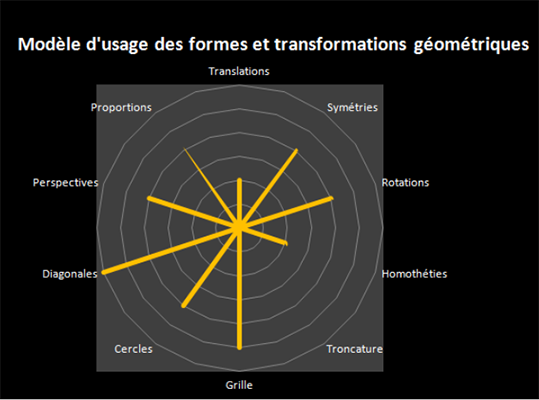 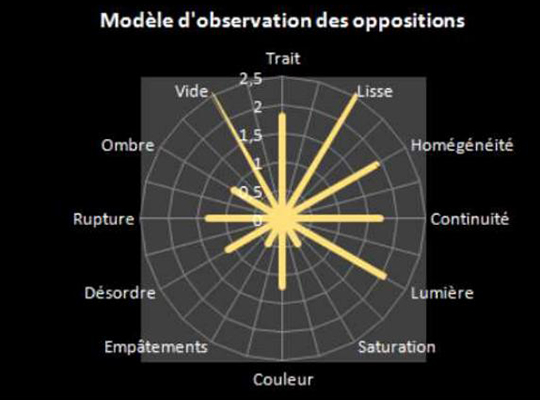 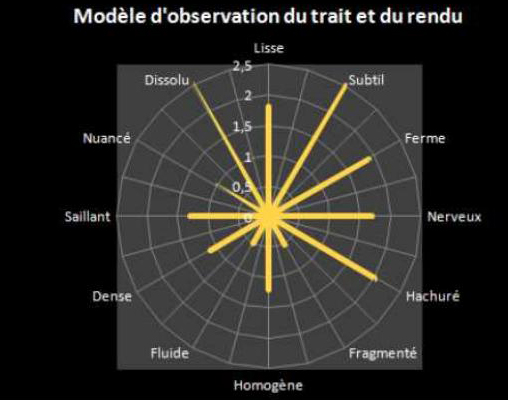